No items found.
Back To Shop
Product is not available in this quantity. 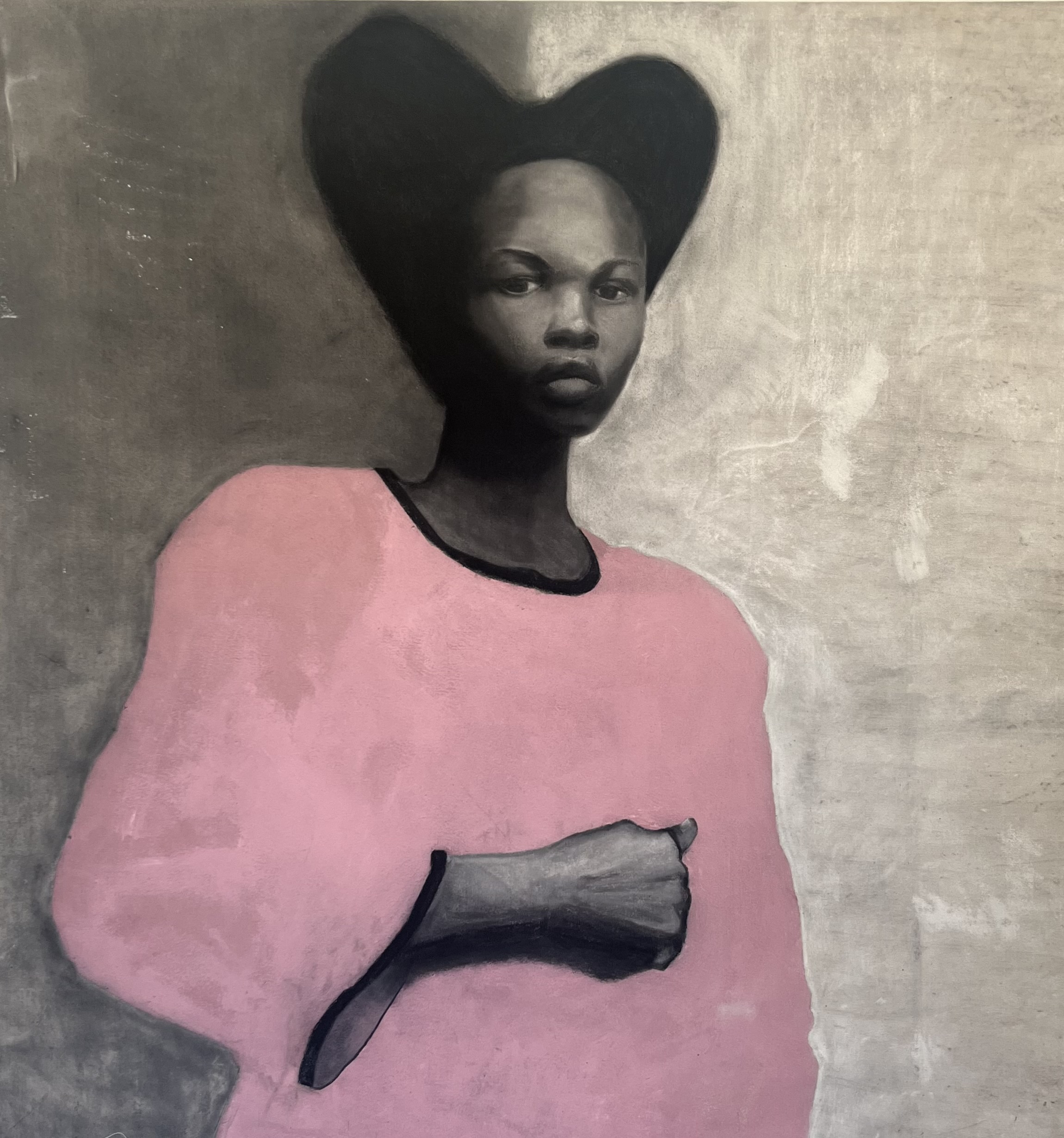 For the inaugural exhibition in their newly established contemporary art gallery, Sanman Studios presents RMBR, the second solo show of work by Sanman Collective’s artist-in-residence Charles L. Middleton III, popularly known by his moniker REMEMBERCHARLES. Working primarily in painting, Charles describes himself as an aspiring “alchemist of the arts” with passions stretching beyond the canvas into cinematic, photographic and musical experimentation. Born in San Antonio and raised by an encouraging community of relatives and family friends, Charles developed his passion for creativity. Having spent his childhood drawing, painting came naturally to him. After a transformative HBCU experience at Prairie View A&M University during undergrad, he relocated to Houston in January 2022 to work with Sanman. Following in the footsteps of his father, whose reputation of charisma made a seismic impression on adolescent Charles, the self-taught artist creates with the expressed desire to inspire anyone he comes into contact with.Intimate and thought-provoking conversations sew the seeds of Charles’ artistic vision. The resulting works are usually large-scale and imaginative recreations of his real-life experiences. Stirring portraits of real or imagined figures are situated within sweeping blocks of color. Poetic titles precede the compositions and help set the emotional tone for their creation. Charles’ intricately rendered charcoal drawings and intentionally unfinished oil paintings mirror the incomplete nature of his sitters and their journeys. Forms in his more recent works are reminiscent of the ghostly silhouettes done by Black art pioneers Bill Traylor (1853–1949) and Kara Walker. As part of his residency with Sanman Collective, Charles’ work has entered more than 10 private collections. RMBR is a snapshot of his development, featuring more than 30 new paintings.  In this presentation, RememberCharles captures the spirits of his community and celebrates an artistic rebirth. The exhibition aims to introduce new people to his world and encourage new ways of seeing and being.

For Charles, art is first and foremost a tool for human connection. When discussing his relationship to painting he does not focus on old masters. Instead, he shares the stories of his grandmother who bought him painting supplies as a child, an auntie who loved to draw and an uncle who taught him how to paint landscapes.

Charles returned to painting after a time where his creativity was mainly serving other people. His loved ones nurtured him and by extension his craft, giving him the confidence to pursue a creative career. However, the one-sided nature of commissions became draining for Charles. He grew tired of executing the visions of others and not seeing himself in his own creations. Charles’s return to painting symbolized a commitment to himself.

That commitment to authenticity creates an environment in which the viewer is able to do the same. These artworks often feature blurred and distorted figures, placing his perspective on display and encouraging those experiencing the work to question and share their own.Charles hopes engagement with his work will inspire others to create just as his family inspired him.